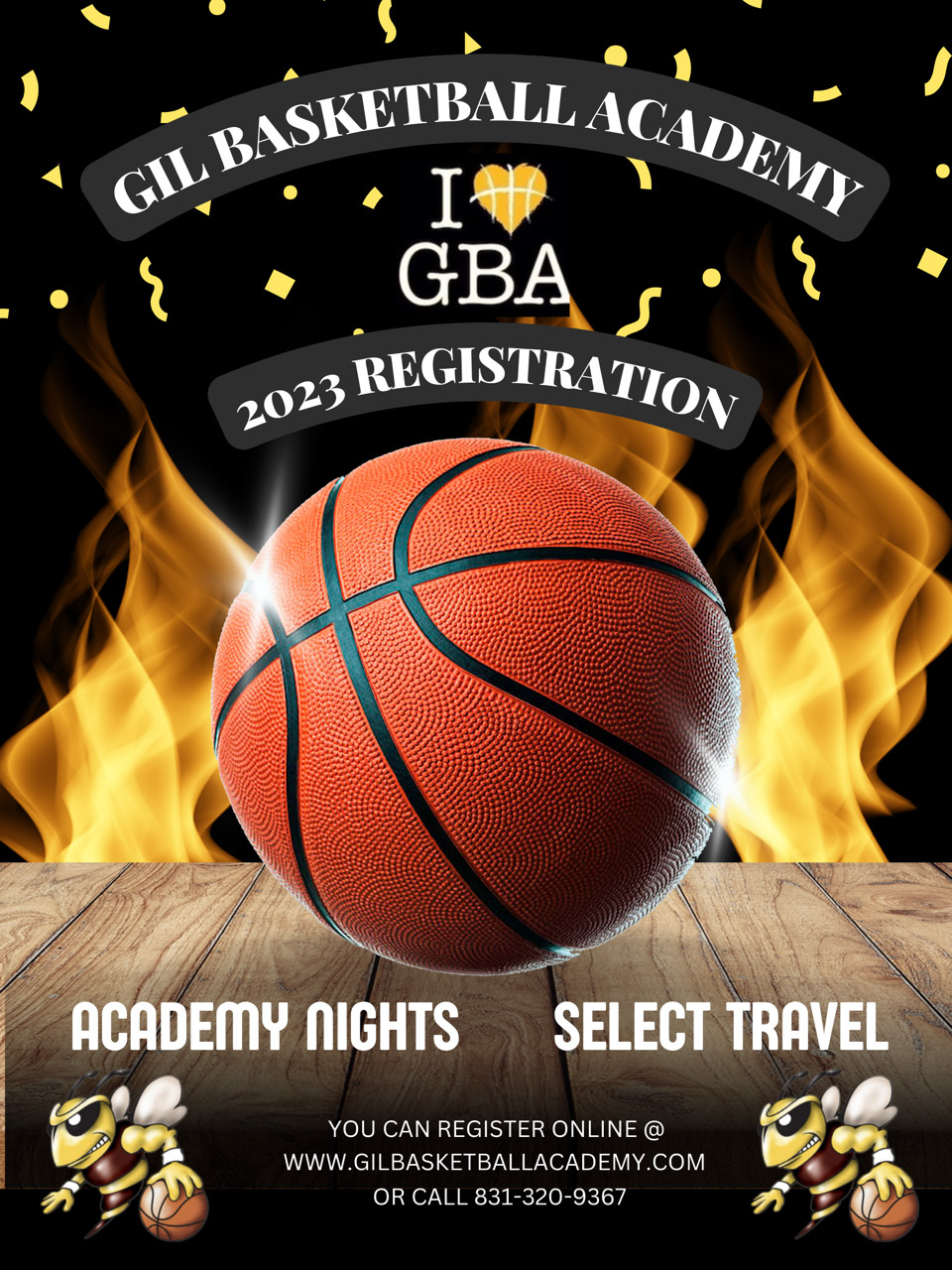 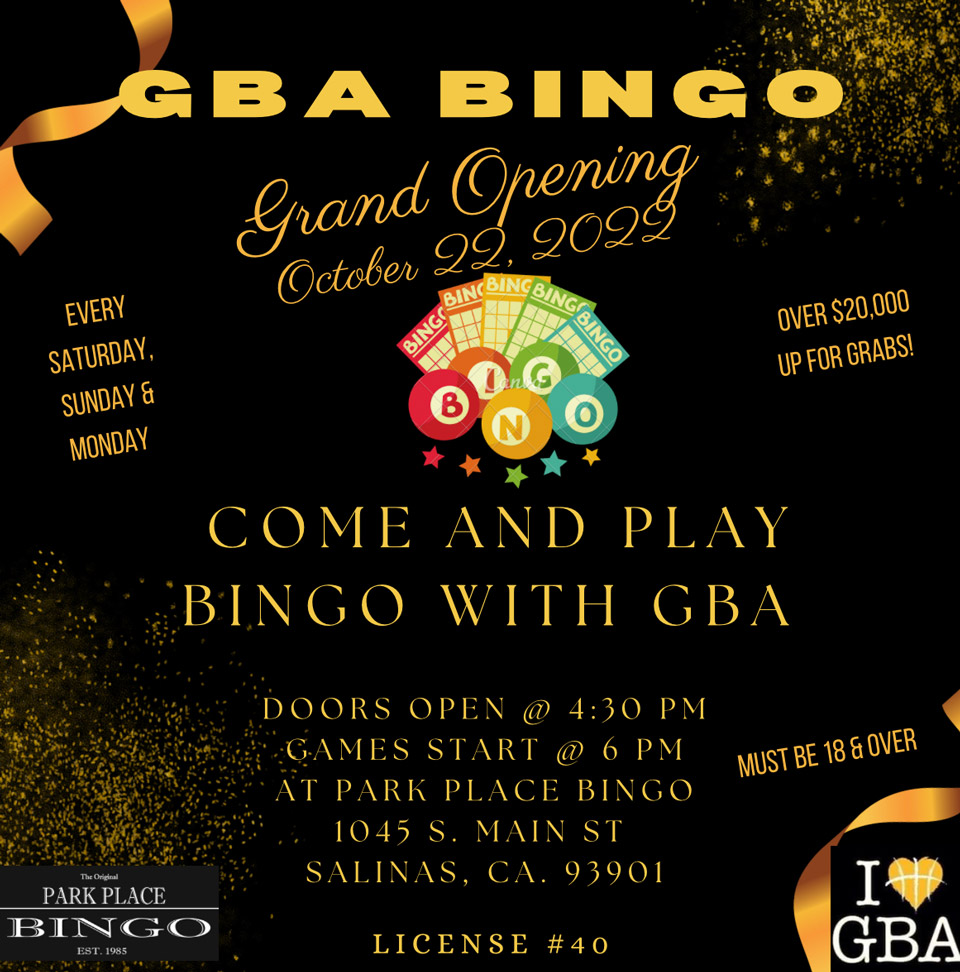 SALINAS, Calif., — Back in 1989, Alisal High School basketball player Jose Gil and his farmworker parents volunteered at a Salinas bingo hall to help him represent the U.S. at a tournament in New Zealand.
Fast forward 33 years and Gil is back at it again, raising funds through bingo in support of his nonprofit Gil Basketball Academy in East Salinas.
Beginning Oct. 22, GBA members and supporters will host three sessions a week at Park Place Bingo Hall (1045 S. Main St., Salinas), which has been helping charitable organizations since it opened in 1985. In fact, 100 percent of the profits benefit participating groups and organizations.
“It’s a hidden gem for those involved and those who play,” said Gil, who also serves as Alisal’s boys basketball coach and athletic director. “It’s just crazy that back in the day we were selling pull tabs to players with (former AHS coach and current GBA board member) Jim Rear leading the way. From being a kid who benefited to now being the director, that’s pretty cool.”
Gil is inviting all GBA supporters and the community at large to help support these bingo nights, held Saturday, Sunday and Monday nights, beginning Oct. 22. Doors open at 4:30 p.m., with games beginning at 6 p.m.
“You can play on an electronic tablet or do it the old-school way with a card and a stamp,” Gil said. “There’s a restaurant, with food delivered to your table. Since I am a sports guy we will have multiple TVs playing football and basketball games during our sessions.”
Community involvement and volunteerism have always been the backbone of GBA, founded 13 years ago by Gil and his wife Eva Silva.
“It’s at the center of everything,” Gil said. “We’re all volunteer based. All of the money goes to cover fees for travel basketball season, to pay for facilities, transportation and everything else to help keep these kids involved with basketball and off the streets.”
GBA will be unveiling special offers for bingo fans through text alerts, including Secret Word prizes, free birthday play, Tuesday Password and more.
“We give out over $25,000 every night,” said Park Place Bingo owner Tony Phelps, whose father started the business 37 years ago. “It’s a lot of fun for everyone. Buy-ins start at $50, and all the profits on those days go to GBA.”
Gil invites the community to attend the bingo nights ,and promises a return on every investment.
“It’s going to be fun and engaging, and for a good cause so It’s a win-win-win trifecta,” he said. 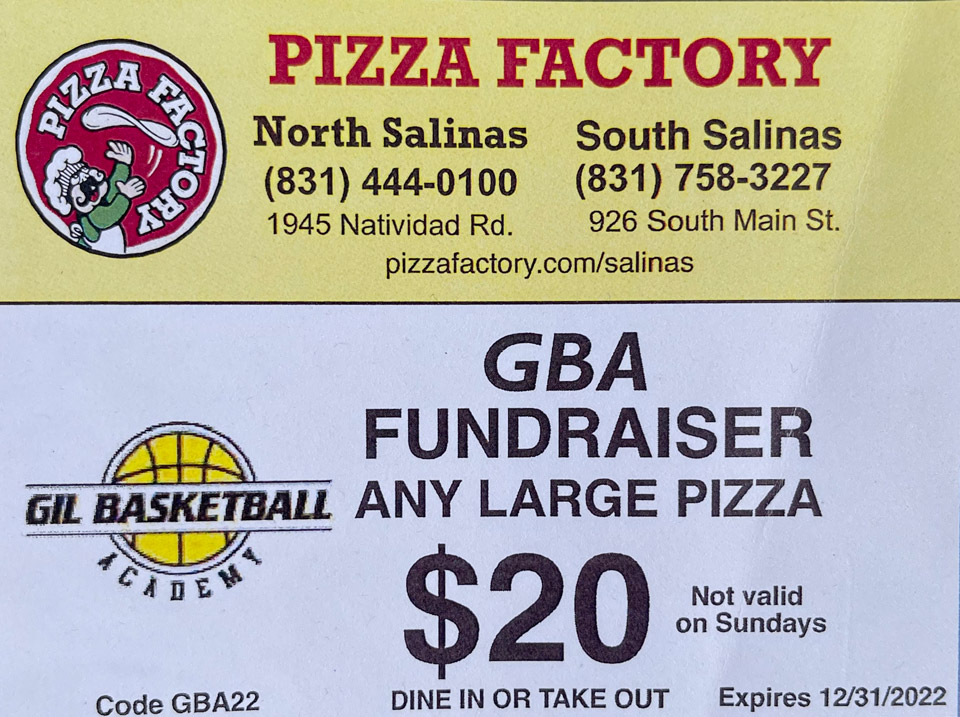 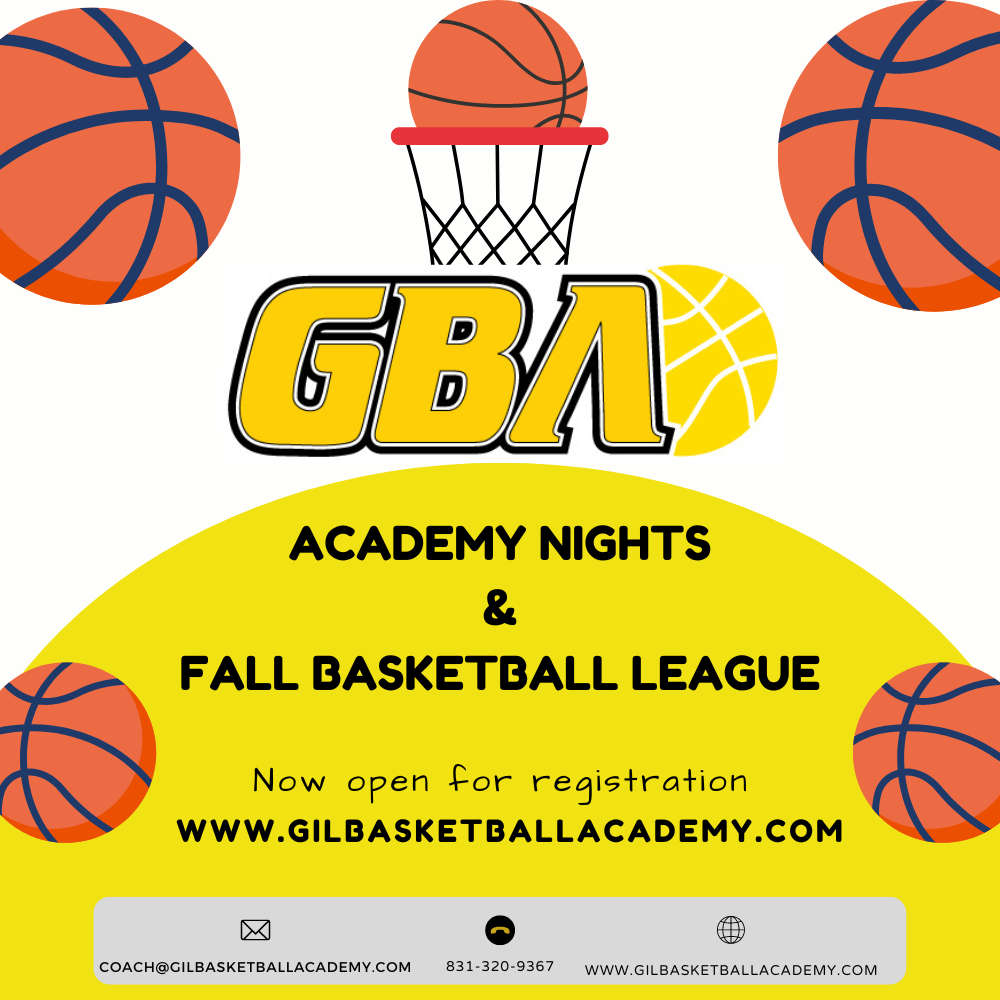 Sponsorship Opportunity to sponsor our podcast recordings for 2022-2023. Our Podcast: GANAS 'Leading from the Heart" is becoming a "HOT" podcast with high ratings, not only in CA but Internationally. Exciting to see where we will go leading into the future. But we would love for your business to be part of it. Once you commit to a sponsorship, we will need a short write up so that we can pre-record an Ad for you and drop it on all of our podcast recordings coming up. Please let me know if you have any questions or concerns. Go GBA!

“The Best of the Best” from the Central Coast counties: Monterey – Santa Cruz – San Benito

Nayeli will compete this spring and summer against the top players in the country to pursue her dream of playing collegiate ball. Under Armour provides an elite league-style travel team circuit that allows players to showcase skills and talents on route to their dreams of playing in college. Congratulations to Nayeli!

Special Thank You To Our Annual Event Partner The Salinas PAL Center. We appreciate you. 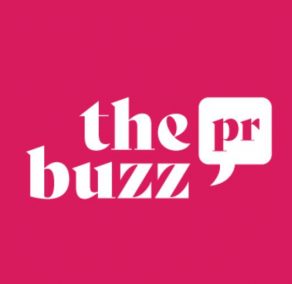 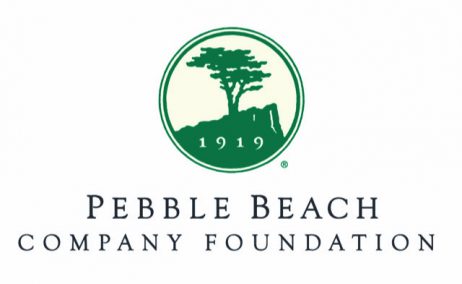 GBA believes in empowering youth by helping them develop a world view.

2022 World Tour to Spain and France 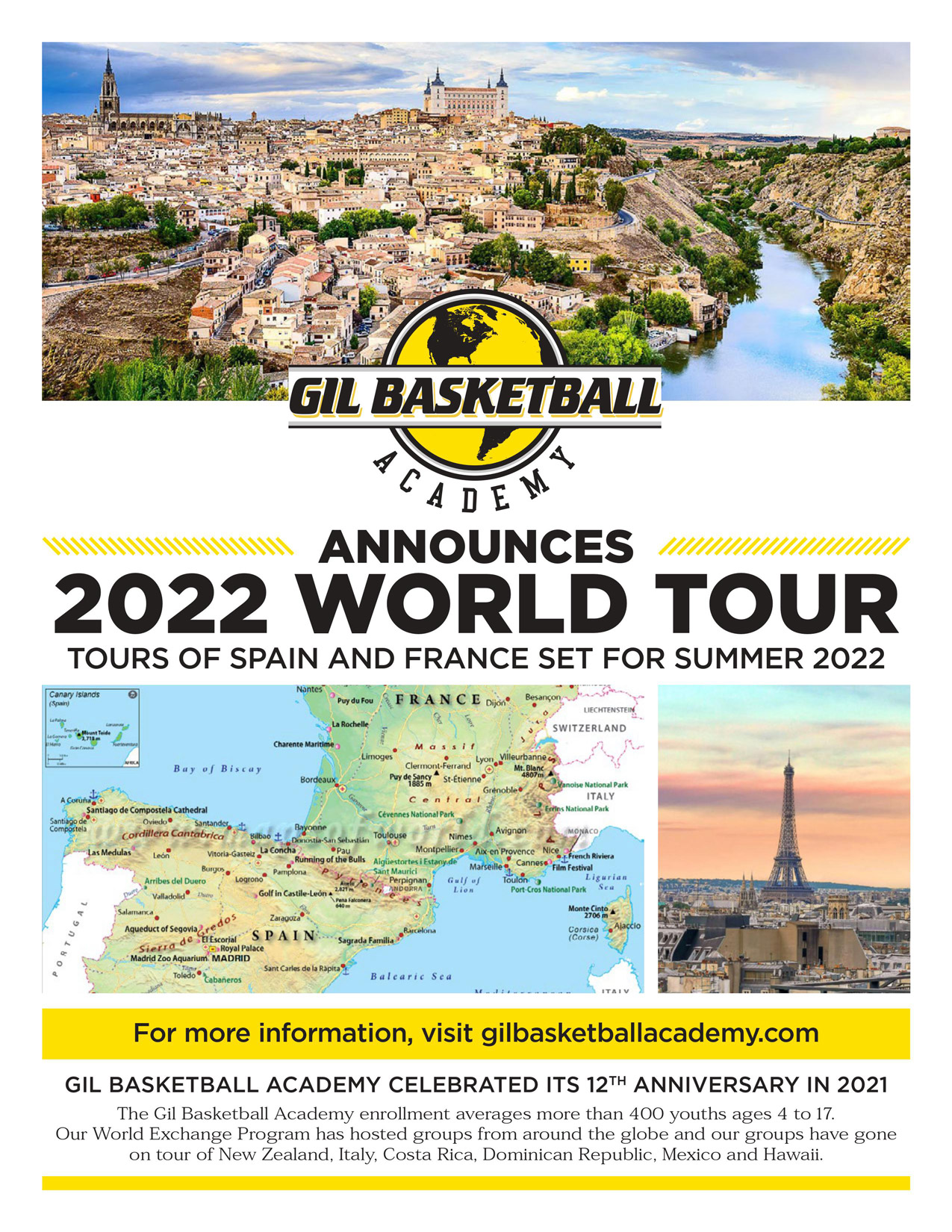 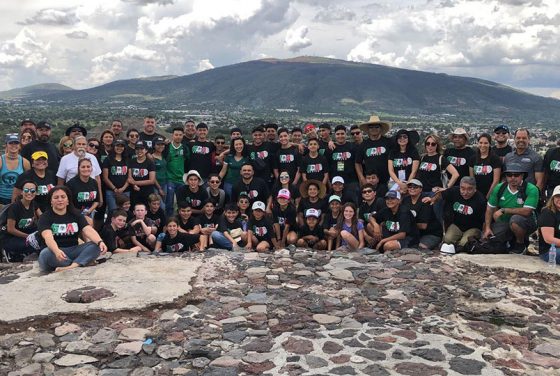 This past summer we took 67 youth on an educational trip to Mexico. They learned and experienced firsthand the traditions, … END_OF_DOCUMENT_TOKEN_TO_BE_REPLACED 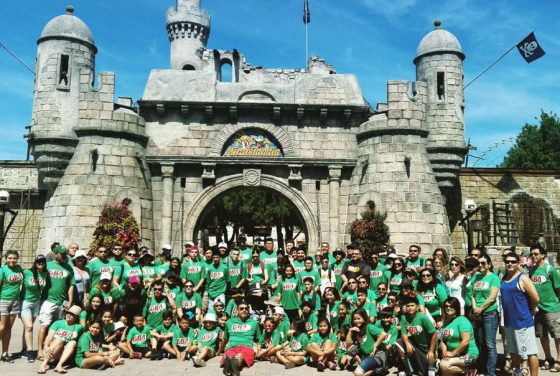 GBA is more than just a basketball academy, it is an organization that works on character building, setting goals, and … END_OF_DOCUMENT_TOKEN_TO_BE_REPLACED 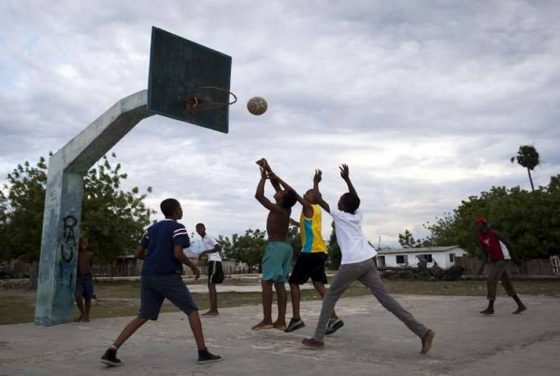 Our GBA parents, coaches and kids are hard at work trying to raise funds to pay for the kids tour to the Dominican Republic … END_OF_DOCUMENT_TOKEN_TO_BE_REPLACED