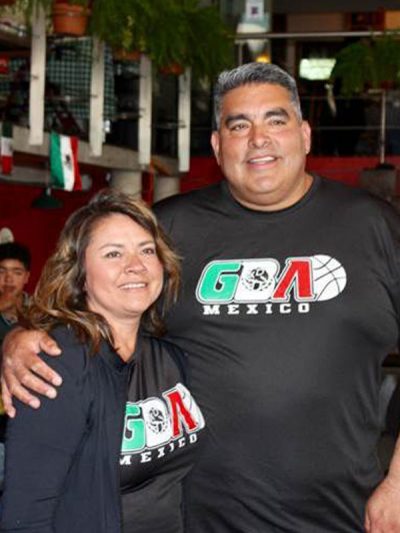 Two years ago, Humberto Arista retired after 26 years as a firefighter and battalion chief with North Monterey County Fire.

To send him off, a 9-1-1 dispatcher read the following over the radio: “Chief Arista always demonstrated a sense of deep respect for his community, his department and his family.”

The Salinas resident and 1984 graduate of Alisal High School may have retired at age 52, but his hard work continued. A father of three and husband to wife Martha, Humberto (better known as “Beto”), put his entire focus on family — both at home and on the basketball court as a coach for Gil Basketball Academy.

“Having both played and coached, you realize that sports are a strong base for life,” said Beto, who coaches the GBA varsity girls select team with his wife Martha. “Everything from communication, responsibility, goals, working together and, most important for today’s youth, confidence.”

Beto is a proud father of three children, Adrianna, Mikaela and Noah). Adrianna is currently a Cease Fire Detective, while Mikaela and Noah attend Alisal High School as a senior and sophomore, respectively.

Just as he’s watched his own children grow and mature, he works just as hard to give his players the same guidance.

“You can see as a coach, the growth in all these areas as you work through each season,” he said. “An athlete has a better perspective on the standards and expectations as they carry themselves both on and off the court. “

To Beto, the most rewarding part of coaching is seeing positive growth in the values and direction that you know the young athletes will carry with them for the rest of their lives,” he said. “This has been my mission and reason for coaching and giving back to the community that gave so much to me.”

Coach Beto loves how GBA provides a recreational format that would not otherwise be available to many of the kids that the academy serves.

“There are a number of services that give even the least confident person or the least skilled person a chance to belong to a program that has opportunities for growth,” he said. “The program is set up so there is a sector for beginners to learn the basic fundamentals in a supportive environment. On the flip side, there are players a bit more skilled and there are travel basketball opportunities for them if they are seeking more of a challenge. Either way, there is acceptance at all levels, and that is not available in many places.”