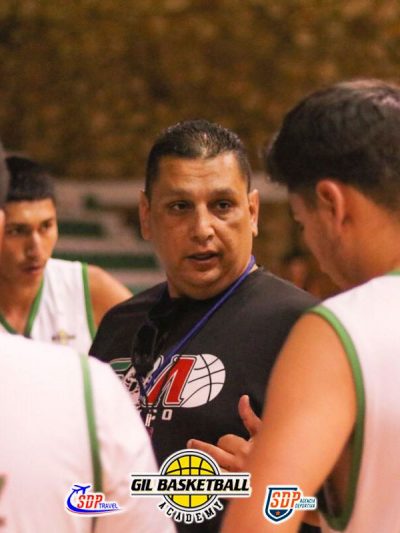 As a child, Richard Solis Jr. had never heard of youth travel teams, those elite sports squads that travel long distances — even out of the country — to compete.

His “travel team” was his hard-working family who followed the growing seasons, from the Salinas Valley to the Imperial Valley and back again. Year after year.

Watching his parents work so hard in the agricultural fields instilled in young Richard a profound desire to better himself. When they divorced during his sixth-grade year, his road became even more difficult.

“Growing up in a divorced home, I turned to sports for support, and used it as an outlet to help me stay busy,” said the longtime coach for Gil Basketball Academy. “My parents would work all the time and I needed somewhere to be and try to stay out of trouble.”

The answer became a year-round sports schedule, from Pop Warner to Little League to school sports.

“I wish we had travel teams back then, because that would have really helped to stay focused and not get mixed up with the bad crowd,” he said. “Growing up with my situation it has really helped me to be able to understand and relate with the kids who have very similar experiences regarding family life and where we were raised.”

The married father of three (ages 18, 16 and 11) is a teacher at his alma mater Alisal High School, leading freshmen in AVID (Advancement Via Individual Determination), a program designed to help underachieving students with high academic potential prepare for entrance to colleges and universities.

Solis is also head coach for the junior varsity boys basketball team, was the Adviser for the Class of 2020, and won the 2019 Crystal Apple Award for his work in the classroom.

The 1992 Alisal High grad lettered in basketball, football and baseball, and began coaching at age 18 by volunteering at the local recreation center. There he earned “the satisfaction and emotional rush of helping others,” said Solis, who went on to earn a degree at San Diego State University. “When people ask me why I have coached or taught for so many years, I always tell them ‘it’s taking someone who thinks they can’t and showing them how they can,’ and I live by that every day at work and on the court or field.”

All three of his children are involved in Gil Basketball Academy. Solis loves GBA because it provides opportunities for those who cannot provide for themselves. “It gives kids a chance to succeed in this world,” he said. “We know the NBA is not going to come calling, but all the other aspects that GBA provides are very crucial to survival in a very difficult world to live in.”

The travel element of GBA helps in providing some of those life skills that Solis may have missed out on.

“Being part of a family, learning not only basketball skills but life skills, traveling all over the world meeting new people, is so important,” he said. “One of my greatest memories was being able to coach kids in Italy and Mexico and providing them with a new set of skills.”

His most rewarding coaching experience for GBA took place in Calexico, a California border town.

“We started with a few clinics and then summer camps and eventually a couple of travel teams,” he said. “There was nothing around for kids to experience the fun of playing basketball, practicing, learning and being able to work with others, and GBA provides that.”

Six of the players who started with that team stayed together and went on to win their first-ever CIF San Diego Section title this past year.

“Without the opportunity that GBA provided, that might not have been possible,” Solis said. “This academy has created great memories and introduced lifelong friends that somehow become just like family.”