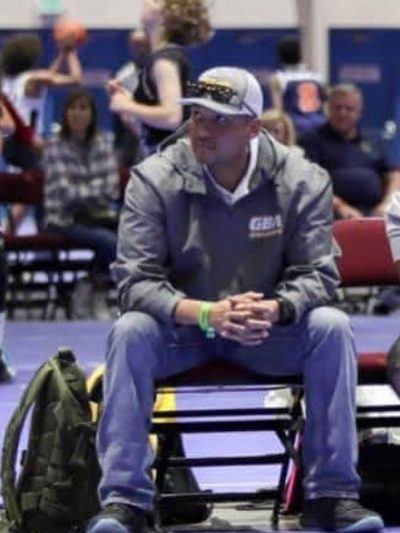 Wil Landrum got into coaching in a most familiar way: His child’s team needed someone to step up and lead.

In 2015, he signed up his son Nick Duque for Gil Basketball Academy “and the rest is history,” he said. “(Jose) Gil gave me the opportunity to not only coach an amazing bunch of kids but also coach my son.”

Landrum definitely had the credentials. Back in the day, the former Monterey High School standout earned first-team all-league honors and made two all-star teams his senior year. He played AAU basketball with the Monterey Magic, the only travel team in the area at the time.

In 2019 Landrum coached Nick and other boys on the GBA seventh grade select team. Nick turned a solid work ethic — each day he takes at least 500 shots a day, works on his ball handling drills, and runs 3 miles — into a solid season last year at La Paz Middle School in Salinas, averaging 20 points per game.

More important than statistics, Nick got to spend time with his father. Being both coach and parent provided Wil the opportunity to teach values and skills, see his son interact with teammates, and to see his growth as a young man.

“Sports and being part of a team taught me to be humble, accountable, and to work hard all the time because there was always someone gunning for your spot,” said the 37-year-old Landrum, who grew up in Seaside. “Also, to be patient. I coach a bunch of pre-teen and teen boys. You do the math!”

Landrum uses the word “lucky” when describing his coaching experience at GBA.

“All the kids have been coachable; willing to learn and have created a family-like environment,” he said. “No matter how much I push them in practice or during the games, they always give it 110 percent. Then go swimming after games for 4 to 5 hours! Being able to see their development throughout the years is the most rewarding.”

Even after five years of coaching, he remains amazed at how GBA impacts the lives of kids in the community.

“It’s on a much larger scale than just winning and losing,” he said. “It can influence the path our youth take in life by teaching them the importance of hard-work, dedication, teamwork and instilling the confidence needed to be successful in life.”