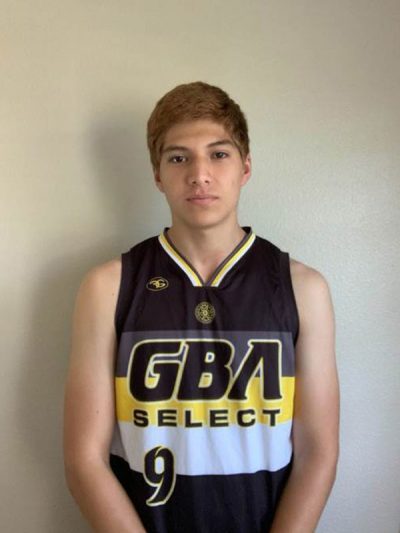 We can learn a lot from our obstacles. Just ask 16-year-old Cristian Soto, who realized early in life that obstacles provided him a chance to practice courage and perseverance.

Soto’s first big challenge happened in the third grade when he broke his ankle.

“It was tough because I was in a cast for three months and that prevented me from doing the things I loved to do,” he said. “My ankle was so weak that I never thought I’d be the same. But I kept building the strength back and came back stronger.”

Today, the 10th grader at Alisal High School is a 6-foot, 2-inch power forward, and a member of Gil Basketball Academy. Through the years he’s earned three MVP awards.

“Basketball really helped me in my life,” he said. “It helped me realize that your team is like another family. They have your back and help you get through tough times. And as the years go on, you build stronger relationships with all your teammates and coaches.”

Basketball helped Soto overcome another challenge — when his family moved from the bright lights of Las Vegas to Salinas five years ago.

“The transition from Vegas to Salinas was hard for me,” he said. “When we first moved here, I didn’t know anyone and had a hard time making friends. I’m kind of shy, too, so that made things harder for me. I wanted to move back but I couldn’t just leave. So what I did was be more open and try to fit in, and that helped me to make friends.”

Soon after moving to Salinas, Soto joined GBA, which made a profound difference in his life.

“Gil Basketball opens up a lot of stuff for you,” he said. “It gives you the opportunity to play the game while learning new things to enhance your game and become a better player. Once you join GBA, you become part of the family and your relationship never dies.”

Soto enjoys a big family at home, living with his parents and three sisters. After graduating from Alisal High School, he plans on attending a four-year university and pursuing a degree in the medical field.

“Preferably in sports medicine,” he said. “In my family, education is very important. Both my parents went to college and earned a degree. They want the same thing from me, so they always push me to get good grades.”

Looking back now, breaking his ankle taught Soto perseverance, dedication and positivity. Moving from Las Vegas to Salinas taught him that nothing is as bad as it seems initially. Opportunities can appear out of nowhere.

“Without basketball, I wouldn’t be at the same school and I wouldn’t have been able to build all the relationships that I have today,” he said.