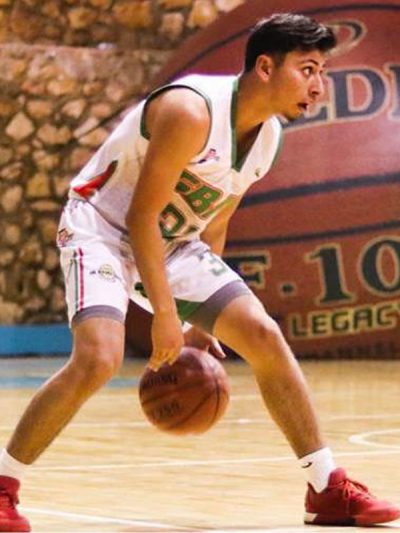 Personal tragedy can break someone, or in the case of Daniel Martinez, it can give them resolve and make them stronger.

Daniel was just 8 years old when his mother died of breast cancer. Her death hurt beyond belief, but when his father “left the scene” (as Daniel describes it), a young boy and his older brother found themselves in a precarious position.

Without either parent, they stuck together, and eventually moved from Long Beach to Salinas in search of a better life. Daniel was in the fifth grade, his older brother Agustin just a junior in high school.

Daniel had his brother, and he had basketball, and those two forces shaped him into the young man he is today. Now 18 and a senior at Alisal High School, Daniel found a connection through Gil Basketball Academy, a Salinas-based organization that teaches the fundamentals of the sport, of course, but also the tenets of respect, responsibility, sportsmanship and hard work.

Those factors have helped turn a wide-eyed young child into a focused young adult poised to become the first person in his family to ever attend college.

“My brother has taken care of me since he was in middle school,” Daniel said. “He made sure I had what I needed, picked me up from school, made sure I kept my grades up. All while he was working.”

“He told me about GBA and coached me,” Daniel said. “(The academy) really saved me.”

While Agustin worked at a local body shop, Daniel played on GBA’s select team as a 5-foot, 10-inch guard. He eventually earned basketball-related trips to the Dominican Republic, Italy and Mexico.

As is the tradition at GBA, players also visited college campuses. The campus at California State University Long Beach caught Daniel’s eyes, and he’s hoping his application is accepted for next year. He’d be returning home, to his life’s lowest point.

One day he hopes to work as a counselor, “helping kids who are in the same shoes as me.”

Daniel knows that he beat long odds to be where he stands today.

“A lot of people didn’t think we would make it,” he said. “I think they’re surprised how successful we are, and how I’m making a good person out of myself.”

Living in Salinas, known for its gang activity, Daniel knows it could have gone either way.

“I was lucky I was found. I had a lot of people looking out for me,” said Daniel, who gives credit to the Solis and Rodriguez families who “really took me in as one of their own, made me feel I’m part of their family, and continue to do so.”

Jose Gil and Eva Silva co-founded GBA out of the belief that one of the most effective ways to strengthen a community is for its young boys and girls to be surrounded by positive adult role models, positive peer influences, and immersed in meaningful and constructive activities.

“The educational component of GBA is what our youth needs at this present time of turmoil,” said Gil, a former basketball standout and Daniel’s current coach at Alisal High School. “We truly believe that homicides in Salinas could have been prevented if a program like ours was in their lives and someone showed them that the community cares about them.”