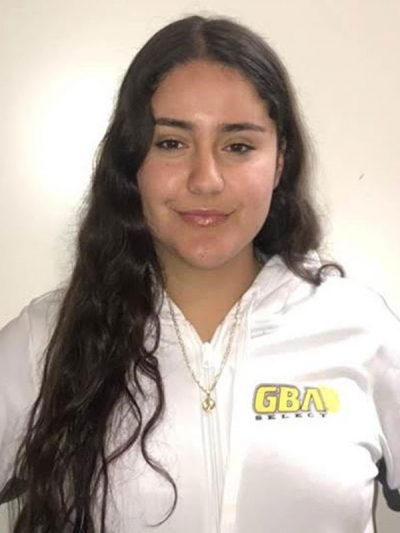 Gabriela “Gabby” Godinez, 18, has been playing basketball since she was 10 years old, and would do so after graduating high school this summer if they were more opportunities afforded her.

A senior at Alisal High School, she has been playing organized basketball since the eighth grade and currently plays both basketball and tennis at Alisal, as well as after-school basketball at the Gil Basketball Academy run by Jose Gil, who is also Alisal’s athletic director.

Gabby hopes to attend Sacramento State in the fall, but doesn’t expect to play basketball for the college. At 5-foot-71/2 inches, Gabby plays either strong forward or center and has a strong defensive game.

She says playing basketball has taught her discipline, teamwork, communication, leadership, and, now that she’s older, becoming a role model and helping the younger girls.

“I like helping out with kids, help them become better,” she says. “I even asked my coach how I could become an assistant coach.”

She says she cried when Alisal’s regular season ended because she knew that would most likely be one of the last times she would play with her teammates.

“I really liked interacting with my teammates, it’s like a family. We’ve been together for three years.”

In the future, while she may not play as much basketball as she has during her school years, she hopes she may still be involved in the sport as a coach, to teach and encourage younger girl players.