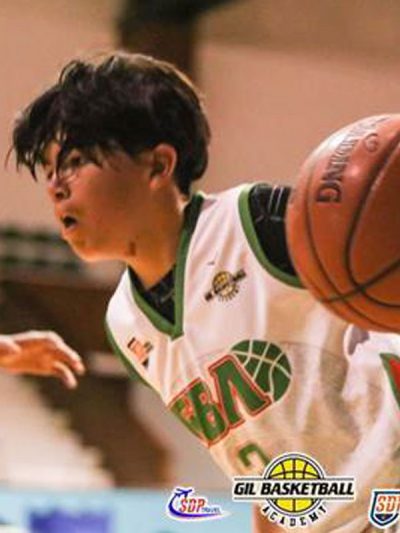 A freshman at Alisal High School, Roberto Mendoza has already mapped out his future. He has selected a particular path that requires hard work and discipline — not the easy one that often leads to a deadend.

He’s learned such wisdom on the court as a member of Gil Basketball Academy that provides structure and a sense of belonging.

“There are people who don’t believe in me, trying to lure me into problems such as drugs,” he said. “These problems helped me to be myself, and not try to fit in with others. It has taught me to not be scared to be different.”

The 5-foot-4 point guard has been a member of GBA for nine years. In both 7th and 8th grade he was part of the Monterey County All Star Team, earning the Hustle Award one season. His first year at AHS he won Most Outstanding Award, as the team finished with a 24-0 record.

“Basketball has not only helped me become physically stronger, but also mentally,” he said. “It taught me to be a leader, and to be able to collaborate with others well. Basketball has helped me to stay off the streets, and to motivate myself to become better at everything I do.”

Mendoza calls GBA “a safe spot, and a family for me,” with coaches and parents who care about him as a person, not just a player.

“It has taught me to help others, and to become a leader, and not follow in the wrong footsteps,” he said.

GBA has opened lifelong friendships that Mendoza treats as family. “The people in this academy support me, and always motivate me and help me stay on track with sports, and also education,” he said.

Mendoza’s future plans after high school include attending a four-year college, and continuing to play the sport he loves. “I want to earn a scholarship to play basketball, and help me pay for college,” he said.

Mendoza sees education as his key to success in life.

“Education will help me obtain a better lifestyle as I grow into the person I will become,” he said. “It’s my main priority in life because it will lead my path to success.”

Mendoza doesn’t exactly know what his future holds, but he believes that he will lean on the lessons learned through GBA.

“They help you to not only learn important life skills, but to give back to our community,” he said. “It has taught me to be respectful and humble with others off and on the court.”

Basketball, truly, has changed his life.

“If I did not play basketball I wouldn’t be the person I am today,” he said. “I wouldn’t be as motivated to become a better person. It has also taught me to face the barriers, and to surpass them.”