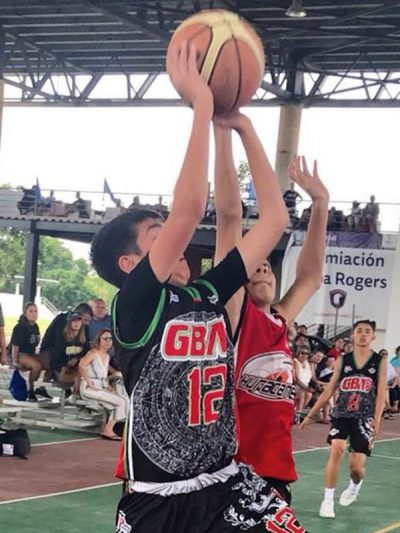 When your parents sacrifice everything to start a basketball academy with the goal of teaching local youth how to become healthy, productive and contributing members of the community, you play ball. No questions asked.

Samuel Gil-Silva was handed a basketball at age 4. It’s a family tradition — cemented after Jose Gil and Eva Silva launched Gil Basketball Academy more than a decade ago.

“It is normal for me for everyone to play ball because we have grown up around it,” said Samuel, now a 14-year-old freshman at Alisal High School, where his father Jose Gil serves as varsity head coach.

Samuel took to the game quite naturally. The 5-foot-7 shooting guard/small forward played in the prestigious Central Coast All-Star Game the past two years. His first year on the high school team he won the Coach’s Award as his Trojans finished the season unbeaten at 24-0.

“Being a part of the game, in general, has helped me become a greater person,” he said. “It also helps with collaboration skills as well as patience. Basketball showed me the possibilities that I would have if I put time and effort into it.”

Samuel has seen first-hand how participation in sports has helped the youth of Salinas. “Basketball has helped me not get into trouble inside and outside of school growing up,” he said. Being a member of GBA is also “a way for people to go places and explore the world.”

Through GBA, Samuel has traveled to Mexico, Italy, Las Vegas, Reno, Costa Rica, Hawaii, Dominican Republic, and even New Zealand. “I have met many people that live in those countries and I saw how fortunate I was to have what I have,” he said. “If I never played basketball I would have never been exposed to the outside world.”

Samuel was exposed to Gil Basketball Academy from the beginning, and realized early on that it was about more than the game of basketball. The larger goal of GBA is to empower local youth by developing their athletic skills, leadership, work ethic and world view while exposing them to life beyond Salinas.

“It opens doors for everyone,” he said.

After high school, Samuel plans to pursue an education at a four-year university to study acting or film production.